A few days ago I started on my Scarab of Ra clone. I might change the setting later on, but for now it’s easier to just stick with the original design.

The game is developed using LÖVR. I really like that LÖVR supports VR out of the box, but it’s also possible to create apps for desktop PCs. For now I target desktop PCs, but I do hope to play the game on a VR headset in the near future.

LÖVR so far has been a joy to work in. The API is quite similar to LÖVE. Since I was already experienced with LÖVE, I got up and running quite quickly.

As for the development process: I don’t really follow a plan right now and develop features as I go.

So far I have worked on the following features:

The results so far: 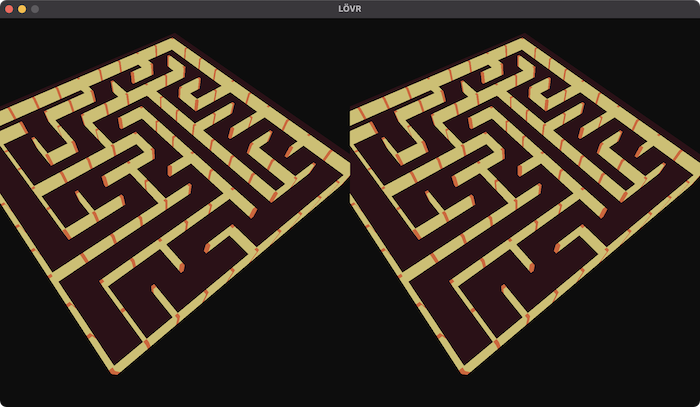 As for the next step, I’d like to start working on the lights. This will be tricky, since I have to understand a bit better how fragment and vertex shaders are implemented. To better understand shaders, I will start working through this tutorial soon. I think the game doesn’t need to much functionality for lights. The game should have low ambient lightning. The player can have a torch that illuminates the area around him. The torch might run out of fuel at times, so the torch could be “on” or “off”.

I hope I can show some results with lights by end the of the week.