Since I haven’t posted anything in the past year, in this post I will provide a summary of the things I’ve been working on.

Last year I spent quite some time on Scarab, but for now the project is on hold. In the future I’d like to add animated creatures into the game. It can be quite expensive to hire a 3D modeller to create and animate the creatures so I currently put this project on hold.

In 2021 I also worked on a LÖVE version of the classic Macintosh BOOM game. This game is quite far along and I also intend to complete the project in the future. However, using the default assets might cause legal issues, as such I will need to hire a 2D artist for this game as well at some point. 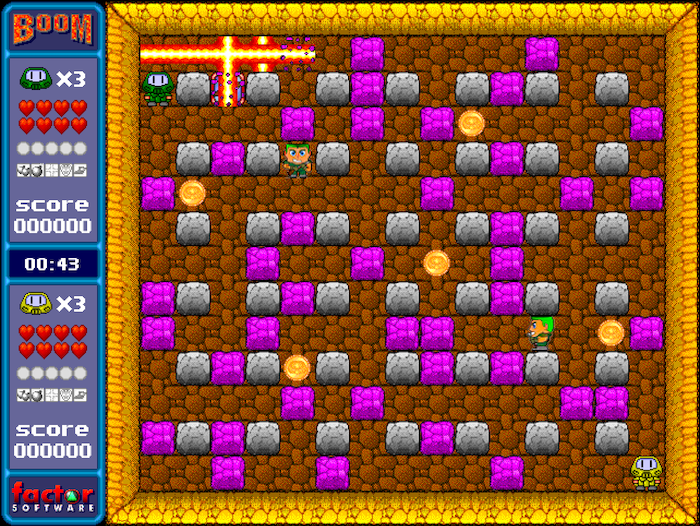 This year I did pick-up my cs50 game development course on edX course again and I hope to complete the course by the end of this year. I finished all LÖVE lessons and right now there’s still a few more Unity lessons to complete. In order to complete this course a student has to deliver a final project, which brings me to the next point …

Earlier this year I also worked on a world generator called genesis that I might use in the future for a Quest-like game.